The first thing that may come to mind after reading the title “Napolean Dynamite“, would either be that this is some kind of a Historical story or a historical War movie. But let me tell you that it is infact neither of the two! Its a name of the guy, played by Jon Heder. He may be a nerd or having some kind of Mental disorder, the clarity of which is not clear in the story. (Do let me know, if it clears to you).
To quote IMDB, this movie is about “A listless and alienated teenager, (who) decides to help his new friend win the class presidency in their small western high school, while he must deal with his bizarre family life back home.“
I watched this movie, just for the sake of curiosity, cause I had heard many opinions about it. Dont remember, if it was positive or not, but I certainly fell in love with the characters. There’s something about him, that makes him familiar. His geekiness, maybe, or the way he says, :Gosh! There’s a kind of innocence, a child inside him, which I think prevails inside me too.
END_OF_DOCUMENT_TOKEN_TO_BE_REPLACED Almost everyone of us, have demanded more time then we get. And its the only thing that instead flies, with the promise that it would never return…. Okay, I sometimes carry away, when I talk about “Time”. So I was saying that if you ever had the shortage of seconds, then the Clock from the movie, Clockstoppers is a gadget you will have to dream of. “Dream” because it would take extreme luck for you to acquire such a device, on which there would be the eyes of some of the villians, who will try to snatch it from you, at every tick of the second you proceed with the clock. END_OF_DOCUMENT_TOKEN_TO_BE_REPLACED 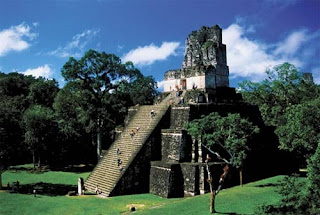 I saw this movie by chance, when I cached its beginning, on TV at night. And I think, I would have been better, without it. The movie is so gross; I get goose bumps whenever I remember those scenes. Those horrible situations!

“The Ruins” is a horror movie, although not the best in its genre, but still a great deal to follow for someone like me! The plot involves a few tourists travelling to an ancient Mayan temple of Mexican Jungle, where they became the target of carnivorous plants, ready to eat them alive! Yes you read it right, and it does sound creepy.

Well, I have nothing to write more. If you do want to watch this; then let me warn you – this movie is not for the faint of hearts. And I am sure, even strong hearts would want to skip this one. It contains every thing that makes it irresistible to avoid. And I am glad I saw it on TV, cause most of the horror was censored. Sometimes censoring is good 😉